Home › Leadership and management › How can school leaders who exclude foster a climate of belonging?

How can school leaders who exclude foster a climate of belonging?

There are some depressing statistics in the air at the moment: it must be the change in the seasons. They include an increase in hate crimes post Brexit – which led the Big Issue (September 26-October 2nd) to ask: Is Britain Becoming a Nastier Place? There is also a rise in the number of children self-harming; and an increase in the number of teachers who are quitting the classroom: 1 in 3 within five years of qualifying.

Health experts attribute the rise in the child self-harming figures to a range of factors, including pressures to succeed in school, body image and fears of abuse. Kevin Courtney from the National Union of Teachers puts the teacher attrition rates down to the pressures generated by relentless workload demands, high-stakes testing and an ever changing policy agenda.

If you haven’t read my blog before, it’s about place, belonging and identity: the need we all have to belong – in this uncertain and volatile world – and the role schools can play in creating a sense of belonging: that sense of being somewhere where you can feel confident that you will fit in and feel safe in your identity. The notion of ‘not belonging’ – exclusion – is something which schools also need to grapple with.

I’ve just finished Place, Belonging and School Leadership: Researching to make the difference which will be published by Bloomsbury in 2017. If young people are to shape and influence the world around them, schools need to become places of belonging. When young people feel they are safe in school, when they feel they belong, when they feel rooted, schools becomes places of possibility.

School leaders are key. What they think, what they say and what they do sets the climate for belonging or exclusion. Leaders need to start to think of themselves as Place Leaders whose job it is to make schools places of belonging. Yet researchers from the Centre for High Performance have concluded in a recent article in the Harvard Business Review  that our system rewards the wrong type of headteacher.

The rewards go to the ‘surgeons’: those ‘decisive’ and certainly high profile headteachers parachuted into schools who focus on test results, and exclude, on average, 1 in 4 final-year students and get rid of 1 in 10 staff. The gains in results are short lived but they get the ‘superheads’ get their rewards – money and Honours from the Queen. And at what a cost to the excluded…

Some years ago Professor John MacBeath and I looked at what children thought made a good or a bad headteacher. I suspect the children and staff in the schools headed up by the ‘surgeons’ might recognise this illustration from our work 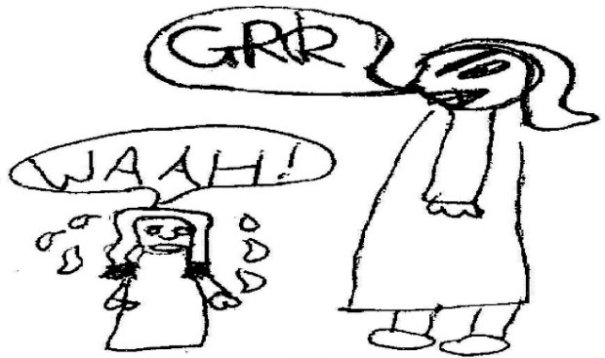 What makes a bad headteacher?

It’s time we started to ‘Re-Place’ some of our ‘surgeons’ with what the Centre for High Performance describes as ‘architects’: leaders who involve parents, improve teaching, grow their schools, get teachers on board. I call them Place Leaders and place-makers because they work to make schools places of belonging: joyful and inquiring places where children, young people and adults thrive. It’s what I call The Art of Possibilities. So who is up for a bit of ‘Re- Placing’?

14 comments on “How can school leaders who exclude foster a climate of belonging?”